1.Free menus are free for lifetime.
2. Subscribed menus can be used for free for 180 days. You need to pay for Lonsdor K518ISE One Year Update Subscription (For Some Important Update Only) After 180 Days Trial Period . After the trial period, subscribed menus will not work properly if you don’t pay. And the menus will disappear after updating the device.
A. 365 days is a period and the price is USD600 per period. One year period starts from the day of the trial period finished.
B. Purchase menus with a dealer. You can use the menus normally and permanently after payment.
C. Menus which you purchase includes subscribed menus that have been released and that will have been released in one year period.
D. Subscribed menus beyond one year period requires extra payment. 1. Press and hold the power button for 2 sec to turn on/off; In start status, when standby for 2 min, the key will automatically shut down; After switching 3 times, the key will be initialized, and can be recycled again.

3. After receiving the product, please open the back cover of each emulator and install battery first before using it.

Bind emulator key: first use, it is required to bind SKE-LT emulator to K518ISE main unit;

Make emergency emulator key: with the backup immodata to make the designated SKE emulator key to the key that can replace the original master key. Such key can be used to turn on the ignition, then add smart key can be proceed;

Operation on all key lost situation

2. Turn on emulator key and put it into K518ISE key slot (put the status indicator down, make sure the key is active);

3. Following the system direction and click “OK” to start binding;

4. After binding completed, the system will indicate”Binding successful”.

2)  Backup EEPROM data
Connect K518ISE with car OBD port, enter into "Backup immodata" to back up the data.

3)  Make emergency emulator key
After choosing the immodata, in a network environment, the system will indicate to choose the corresponding SKE emulator key model, please start the key and put it into K518ISE key slot(make sure the key is activate), follow the instruction to make an emulator key.

The system will read current key count, then follow the instruction to add key.

2. SKE emulator key need to bind K518ISE host and can bind only for one time;

Customer 1:
So far I have tried on four vehicles, tried on a h system Toyota failed completely to talk to car, tried on 2007 dodge ram would not talk
to it either, tried on bmw 2008 cas3++ would talk to car but canot read isn id.woks beutif on nisn prox. I also used it on 2018 bmw x5
it lost keys it did talk to car givin key positions. car too new, no key available walked away.

Customer 2:
A must have! At the moment it is the best handheld cloner, what you can get. With the JMD key expansion it can save you with ease when you have to deal with VWs - even in AKL situations. It is not a wonder weapon, in practice it needs time for calculations (some times 45 mins), but in the meantime you can cut the key, aso. Never tried with G-chips, so I can just tell ya that it is said to be working. Has built-in batteries, and you can always charge it from your car - ideal tool to take with you. The special transponders are cheap enough to save you a lot of money compared to the RW4, and the main unit costs only $420, the JMD Key box around $250, and the G-chip authorization (if not included) $80, always with free shiping.

Zafira B, read pin and add key, - Success (note, this failed under Zafira B in menu, but i chose type 3 from by system for both pin read and program and works fine)

If there is any problem, please feel free to contact us

Buy more and Save more 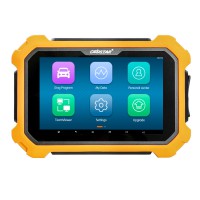