Registered IOSS account, Ship from China via YWEN No Tax

4. MINI VCI FOR TOYOTA TIS Techstream is a diagnostic tool for Toyota car from 1998-2014, and mini vci is a simple cable as same function as MVCI TIS TOYOTA.

Q:Can I install it on WIN7 system?
A:Some customer test,can install on WIN7,but we still advise XP is more stable.

Q: does your mvci can reset speed of 2005 Toyota Yaris?
A: This item mainly focus on diagnosis, can not do other function well.

2. DHL Shipping: Suitable for customers worldwide. Will take 5-7 working days.
If your address belongs to remote area, will need to pay remote handling cost. Please remember to leave message if you have any special requirement.
3. Yanwen Express: TAX Free for European Countries. Will take 10-15 working days normally.
4. Order Under 130EUR normally with default shipping standard post, customers can tick for premium delivery to choose ship by DHL.
5. Customers can also choose UPS, TNT FedEx or EMS if you prefer.

Q: Customers models Land Cruiser FZJ 80 (450 Lexus) and prado (5vzfe engine). After install the software succefully, when customers come through TechStream check , K-Line, L-Line, CAN BUS are shown in red, and TechStream only identify the car 's two ECU
A: This line had this problem. The hardware are not compatible with this car .

Q : Whether the 2013 MINI VCI FOR TOYOTA TIS Techstream is compatible with Apple computer ?
A : TIS Techstream supports xp and windows7, Apple's system should be incompatible. However, some systems appear to be passwords, multiple times to install the driver software.

Q : 2013 MINI VCI FOR TOYOTA TIS Techstream V8.00.034 Single Cable (SV46)
Customers say that there is no internet after install software and can not test. The computer has no problem. What cause this?
A: In the software , there is an installation video inside . You are not in accordance with our video. So please show me the picture to check the error message.

Q : Can MINI VCI FOR TOYOTA be used to recalibrate the 2005 Toyota Yaris speed ?
A : The main function for the tool is diagnostic function. So we do not recommend customers to recalibrate speed.

Q : MINI VCI can not link VIM and the car. Why ?
A: Please check the install video inside the software.

Q : When I use the MINI VCI FOR TOYOTA TIS do the following cars, it can do not k-line and shows error.
A:There are 2 reasons:
1 Our device can not do you cars.
2 Your computer are not compatible with our software and the device.

Secondly, install the driver. After finished, pls dont open the driver just only open the TIS software. And then connect it with the car you want to diagnose.

Buy more and Save more 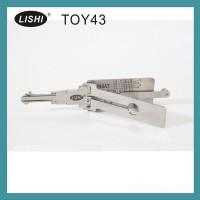